Colorradio.com - Johnny Dee
Must Have Javascript on
For The Slideshow To Work 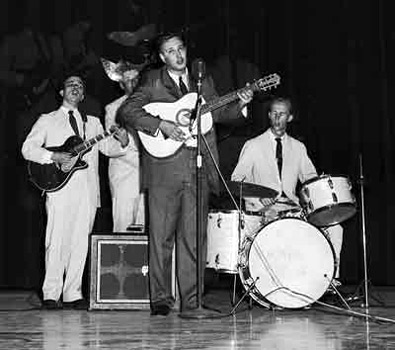 Johnny Dee was a stage name for John Loudermilk. He was born in Durham, North Carolina on March 31, 1934. He learned to play the guitar when he was 8 years old, and two years later, he had his own weekly radio show on WTIK 1310 AM in Durham. It was called the Little Johnny Dee show, and was aired on Saturdays. His first band in High School was called the Pine Toppers, but he continued to play music in one form or another after they disbanded. Following High School, he worked at a local TV station playing bass fiddle, and began to dabble in song writing. The first composition he created was called A Rose And A Baby Ruth, which soon became a huge hit for George Hamilton IV, originally on the Colonial label. Shortly thereafter, he wrote "Sittin In The Balcony." Johnny Dee recorded it for the Colonial label, and it was a top 40 record on the Billboard pop charts. It was also a top 20 disc for Eddie Cochran, which meant there was a real battle for record sales. Had there been just one version, it would have easily been in the top five or ten. He continued to record for Colonial, but more importantly, he continued to write. His other recordings on Colonial did not fair as well as his first, but he penned some great songs for other artists of the day. Songs like Tobacco Road, Norman, Bad News, Waterloo, and many many others. He knew what to write, how to write it, and who to give it to. Writing the song, cutting the demo and then finding the artist was a tough road back in the 1950's. It's almost impossible today. Join me on a visual journey of Johnny Dee's record label shots from the Colonial label in 1957, and songs from his first chapter in the music business. 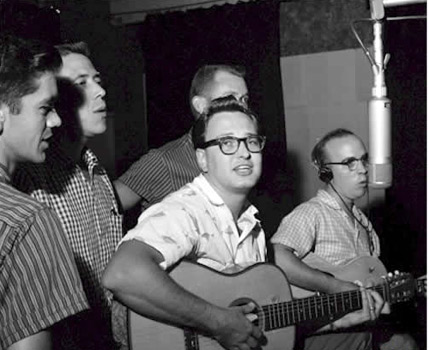 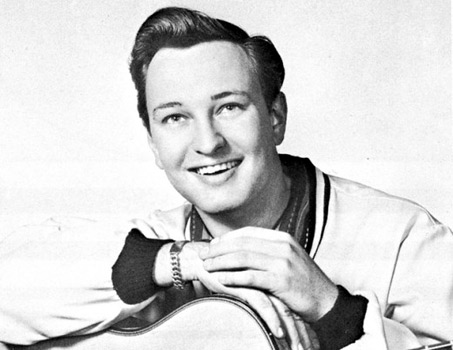 Johnny Dee had his first single issued on the Colonial label from Chapel Hill, North Carolina. Johnny Dee wrote both sides of the record, and "Sittin In The Balcony" was the plug side. It climbed to the number 37 position on the Billboard charts, and parked for 11 weeks. It was in direct competition with the Eddie Cochran version, which charted higher at number 18. "A Plus In Love" was on the flip. The 78 RPM is shown, though this did not get issued until a bit later than the initial 2 versions of the 45 came out. It has the distributed by AM-PAR on the label. The Colonial label lettering is consistent with the 3rd 45 RPM release. See the progression of 45's shown below.

This is the first label variation of the 45 RPM disc. Notice that the 45 RPM is shown on the left side of the label, in the middle. The Colonial label lettering is also smaller when compared to subsequent releases of this song. Joe Tanner is listed on guitar. Joe and his quartet, The Bluenotes, had some modest success with their recording of "I Don't Know What It Is" and he went on to some major (in the background) success in Nashville. Among other accomplishments, he was the A&R man on "In Dreams" by Roy Orbison and played the "Pretty Woman" riff on that original recording. 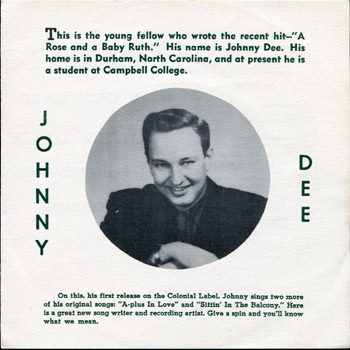 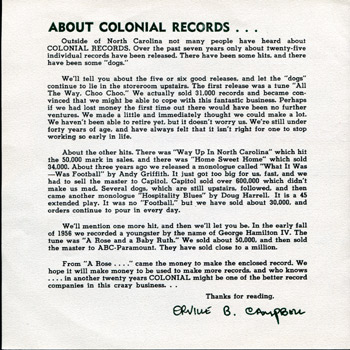 A promotional "package" was sent out on this first release for Johnny Dee. Shown on the left is the cover of the fold-out insert that was slipped inside a custom sleeve, shown below. The front of the sleeve boasts that Dee had written "A Rose And A Baby Ruth" for George Hamilton - also on Colonial originally, and it gives a very brief bio of Johnny Dee. Click on the pictures above for a larger picture of each one. 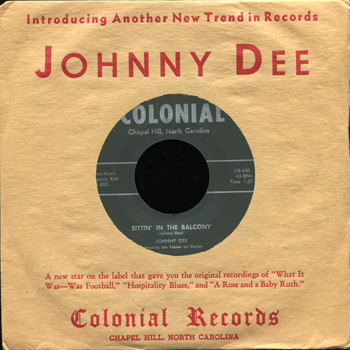 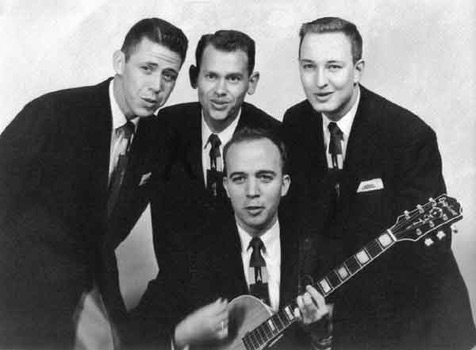 Above left is the custom Johnny Dee sleeve that was issued with the package. The custom sleeve is a general advertisement for the Johnny Dee record and a few of the other artists on the label. Frankly, I don't think the folks at Colonial knew which side to promote, and may have left it up to the DJ's. On the right is a nice picture of Johnny's backup group, the Bluenotes, featuring Joe Tanner in front. They were a great group on their own, so by calling them a "backup group" hardly gives them enough credit. 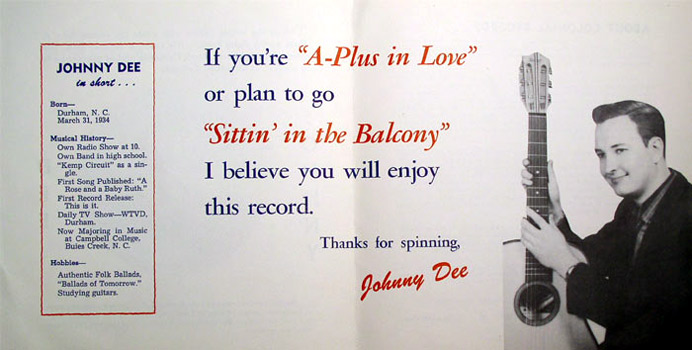 If you open the insert, the above layout awaits. More bio info is on the left, and a confirmation that Colonial records would accept play on either side of the disc. Another picture of Johnny Dee is also shown. Click on the above picture to see the back of the insert, with information on the Colonial label.

Here is the second label variation for Sittin In The Balcony. Notice the 45 RPM has moved to the right side of the label, in the middle. The Colonial logo is bigger and blockier than the previous version. The master numbers have been removed from the label, but are still stamped in the dead wax of the 45.

Here is the first promo of the hit that I have. This time, the Colonial logo is smaller and decidedly thinner than the previous label. The 45 RPM is still on the right, but this time the addition of Distributed by AM-PAR is credited on the same side of the label, below the line. I have not yet seen any promos of the first two label designs, and there may not be any.

The stock copy is shown with the distribution deal (Dist By AM-PAR in the middle right of the label). ABC would continue with Colonial until Johnny Dee's last Colonial release.

Johnny Dee had his second release pressed up 3 numbers later on Colonial 433. "Teenage Queen" was the side to be played, while "It's Gotta Be You" took up the rear. Both songs had Johnny Dee involved with writing credits, and the Bluenotes vocal group was used on the recordings. The Bluenotes had at least four of their own recordings on the Colonial label, and several more for Brooke. Pictured is the 78 that was issued, likely in fairly small quantities. This was pressed in 1957.

Here is the more common 45 RPM issue. Or at least one of them, as there are many variations to this label. The AM-PAR distribution is now listed at the bottom of the label. Check out the logo - it now has a more stately image with what looks like a masculine piece of "Colonial" furniture.

A promo of Johnny Dee's third recording, with "1000 Concrete Blocks" looking for the spins. "In My Simple Way" was the flip. Johnny Dee once again wrote both of 'em.

The stock copy of 1000 Concrete Blocks. Back to the block lettering text, somehow, Colonial ditched the graphic. Or, did they press some of the logo graphic labels, and this is a later stock copy press? No Bluenotes this time, but there is a "Chorus."

The record label decided to have some fun with Johnny Dee. Heck, why not? They already had a minor hit with Hospitality Blues by Doug Harrell, and the original release of What It Was Was Football, by Andy Griffith. So, masquerading as Ebe Sneezer with the Epidemics, Johnny Dee recorded the "Asiatic Flu" and "That's All I've Got." The plug side was all about sneezing and coughing, which Mr. Dee does a lot of on the record. The flip is all about the remembrances he has left from his last sweetheart. It's a mid-tempo tune with a decent break.