Colorradio.com - Hank Ayala/Matadors
Must Have Javascript on
For The Slideshow To Work
Hank Ayala was born and raised in the coastal plain town of Weslaco Texas, which was not too far from Brownsville and the Mexican border. Hank discovered in Junior High that he had definite musical ability and as was common in those days, formed a singing group. Originally, the group had seven members, but they whittled it down to three. The group included Hank Ayala; lead and high tenor, Manuel Pena: high tenor, Eddie Ramirez; second tenor. While singing at a local hop, radio DJ Bobby Dixon approached them with the idea of singing locally with his connections. The group eventually cut a record on the Houston based Backbeat label, and were fortunate to have Bobby Doyle and Kenny Rogers play on the session. Doyle And Rogers enjoyed it so much, they actually played several gigs with the Matadors in the surrounding area. Once the record was released, they actually played it over the intercom at the Matadors school - Weslaco High School. The record did very well locally, but did not catch on nationally. They didn't really have an effective manager, and that was a stumbling block to their career. The group broke up as they finished high school. Eddie Ramirez Went into the air Force and Manuel Pena went off to college. Hank was left on his own, and did some solo work and assembled a group, but did not continue with it for long. Listen to an in-studio interview with Hank Ayala Here. This was recorded in fall 2007. 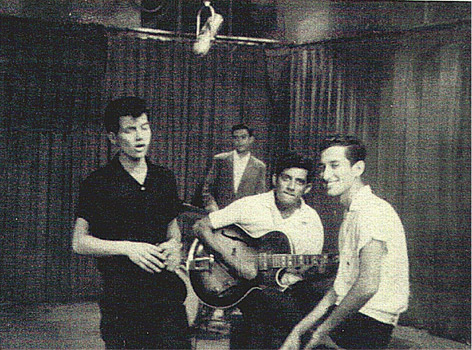 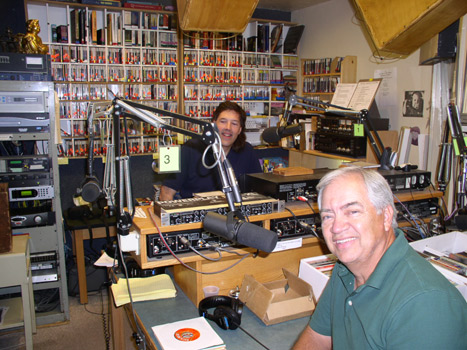 On the left is a vintage picture of the Matadors. Henry "Quique" Ayala(Lead and High Tenor),Eddie Ramirez(2nd Tenor) and Manuel Peña(High Tenor) with Leo Sosa on Drums. On the right is an in-studio picture of Hank Ayala being interviewed by myself in 2007. He has some amazing stories and great memories of his brief involvement in the music business. 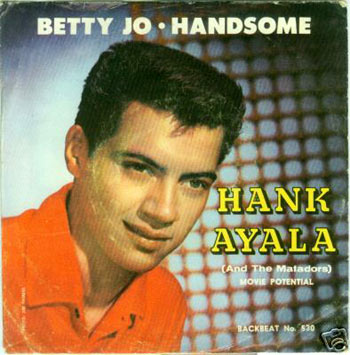 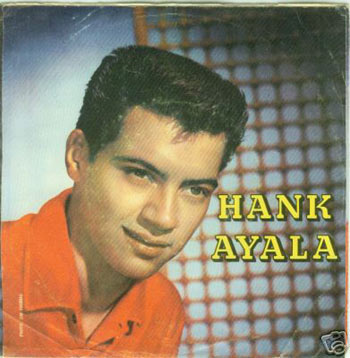 Here is both sides of the picture sleeve that was issued with the only recording that Hank Ayala and the Matadors released. In the interview, Hank recalls being sick that day, but was able to take a very good picture. "Movie Potential" is also listed on the sleeve, as Backbeat records must have had plans for Hank. Backbeat actually released several nice picture sleeves for their artists, which was always a nice way to promote the talent they had.

This is the sole record released by Hank Ayala and the Matadors. "Betty Jo" was the side that went face up on the turntables, and is a great ballad. As are many great records, Hank Ayala wrote it about some real life struggles he was facing at the time. "Handsome" was the unusual flip. The lyrics are interesting and it is fun to listen to. Jimmy Duncan was a co-writer on the record, and the inspiration came from his six year old daughter. Duncan also wrote "You Are My Special Angel". The promotional copy is shown, and there were also regular stock copies available. Once you listen to the songs, the question of why more recordings didn't follow, must come to mind. This record was released in January/February 1960.