Colorradio.com - Jackpot Records
Must Have Javascript on
For The Slideshow To Work 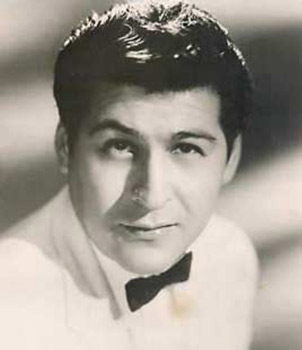 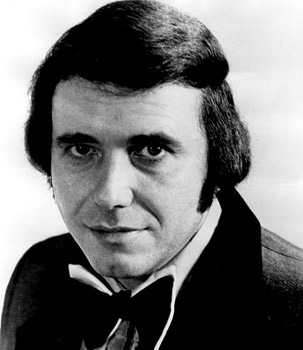 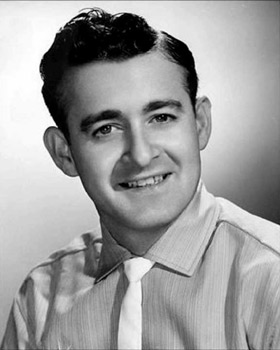 Starting off the Jackpot label were the G Notes. "Ronnie" and "I Would" were the two sides. The group sounds like a duet, and I know it included "Linda", 11 years old, and "Nancy" at 9 years old. Maybe they were sisters? I have often wondered how they ended up with the name, and figured it was either the two sisters last name or maybe the "G" was for writer/producer George Motola? It originally came out on Tender 510, which was three releases before the initial recording by the Shields on that label. The owners of Jackpot may have seen some movement on the record locally and decided to begin their label with a disc that already had some minor established potential. The G Notes had two or three other releases on different labels.

The Georgettes had Jackpot's second issue. They were another Los Angeles based group, and had already recorded "Oh Tonight" for the local Ebb label in 1957. "Dizzy Over You" was first released on Jackpot, and then added to the mother label, Challenge, on record number 59012. "Oh Oh Yes" was a decent sounding ballad on the flip.

Danny Flores AKA Chuck Rio was arguably the backbone for many Challenge and Jackpot recordings. Not too long after the Champs smoked the charts with the number one Instrumental called Tequila, he issued "The Tequila Song" by the Contenders. The group was different than the Challenge label Champs, but the sound was certainly similar. "Wildman" was a bit unusual, but being different was often a good thing. An interesting pair but they didn't chart Nationally.

This is the first attempt by Jackpot for a novelty record. I don't know for sure who Mr. Glob is, but the formula for both sides of the record is similar. I prefer "Hello Earth People" to "Happy Hugo." The speeded up laugh is pretty funny and the influence and execution on the instrumental track is all Danny Flores.

Biggie McFadden had just one release on Jackpot, "Honey Bee" which is an up tempo song with a group in the background. Not doo wop, but a fun record to listen to. "The Lesson Of Love" is a nice ballad by Biggie. He also recorded on the Dot label with the Red Callender orchestra.

This is another record that Jackpot picked up from a local small label. Originally released on Jay Scott records, "Joyce" is a great group record by Lenny Young and the Jay Birds, and one of the best on the Jackpot label. "Lovable" is the flip and is also very enjoyable. This is the only recording by Lenny Young that I can account for.

This is the first of two recordings that the Originals waxed for Jackpot. "The Whip" is a semi instrumental with whip noises and obvious Danny Flores involvement. "Blue Kat" is a little grittier sound and Flores along with the group. takes it for a ride with that signature saxophone.

Candy and the Sugartones had just one release as such, and it landed on Jackpot. "Hurtin All Over" is a popish rock and roll song. The flip is based on a teenage language at the time and is also a rock and roll song. "I-Ay_Ov-Lay-OO-Yay" would have been a tough one to announce on the radio, so is a good choice as the "B" side . I'm not certain who Candy is, but maybe Dorothy Broutt?

Frankie Marshall had just one record on the Jackpot label, but he had many other recordings on such labels as Atco, Spark and Spry. "Serenade In The Night" is from 1958, and on the flip, it's "Don't Go." Shown is the promotional copy.

Jackpot and Challenge had several country artists on their roster, and this is the first appearance of one on Jackpot. Bobby Bare had already recorded some sides for Capitol in 1956 and 1957. He would soon go to Fraternity and ultimately RCA for the huge hits, but his stop at Jackpot yielded one of my favorite Halloween songs, "Vampira." "Tender Years" is a slow country ballad, and is quite good. It's also one of the longer songs on the label. Jackpot knew the formula at the time - keep it short, and many of their records were between 1:45 and 2:20.

This is another of those pleasing group records from Jackpot. A little on the pop side with a nice formula, "When The One You Love Don't Love You" is well worth a listen. The ballad "A Lasting Romance" was used as the flip and is just as good. This is just a darn good two sided effort for lee Harris and the group. I don't show any additional recordings by Lee Harris.

Here come the Originals again! "Anna" is an organ based instrumental, and I can still hear that distinctive saxophone on the record. "Sleepless Hours" has partial vocals and somebody yawning at both ends of the record. With as busy as Danny Flores was during this period, this could very well have been true for him, but not written by him.

This is the stock copy of the Originals disc, on the yellow Jackpot label. It seems most of the Jackpot 45's had promos and stock copies pressed.

George Weston was from Bakersfield, California, and had sent a tape to Challenge records in August of 1958. It was a recording of him and Jim Noble, listed as the Noble Brothers, which ultimately was issued on Challenge. Weston cut two solo sides at the same time that went to Jackpot. "Hey Little Car Hop" is a fun rock and roll song that makes you want to go to the drive-in right now for a big greasy burger. "Well Don't You Know" is also rock and roll. He has another Jackpot record, and he issued sides for the Bakersfield based label Tally, and also for the Glen label.

From Rock and roll, we go to straight ahead country. Wynn Stewart and Jan Howard team up on "How The Other Half Lives." "Yankee Go Home" is the "B" side and features Jan Howard out in front. Wynn was playing 6 nights a week at George's Roundup in Long Beach and appeared regularly on Cal's Corral, a Sunday afternoon TV show in L.A. He hosted a radio show six nights a week on KFOX , and kept quite busy in his heyday.

The Victors had just one record, and both sides were so very different. "Mi Amor" is a ballad that is very pleasing and shows off some amazing pipes by the lead. It was certainly aimed at a wide audience, and could have been played on many different radio stations. "It Will Happen By And By" is an up tempo rock and roll effort, with a heavy gospel influence, at least to my ears. This was the first recording of 1959 for Jackpot.

Danny Flores/Chuck Rio is back! Actually, he never left, but this time his AKA name is on the label. "Margarita" is another great instrumental in the same vein as Tequila, but decidedly it has some differences. "C'Est La Vie" is a mid tempo instrumental with the same type of formula.

George Weston is returns for his second waxing on Jackpot. "Shelley Shelley" is somewhere between rock and roll, rockabilly and Buddy Holly! "My Foolish Pride" is another decent effort. The promotional copy is shown above.

Here is the stock copy of the same record. Notice that both sides are originals that were written by George Weston. Issued in 1959. in spite of the previous owners' 1961 written on the label.

Probably the first all green/turquoise issue for Jackpot. This is Jan Howard singing some classic country with "Weeping Willow" and "Make An Honest Woman Out Of Me." Take notice that along with the color change, the logo has changed, too.

Wynn Stewart has his second country song for Jackpot. "Open Up My Heart" is marked as the play side on this promotional issue. On the flip, "Above And Beyond" sounds like an attempt to merge rock and roll with his country roots. It is a pretty decent sounding record, written by Harlan Howard. The promotional copy is shown.

Pictured is the stock label release. Although not a promo, this record pictured could have been used in a radio station, but they had airplay pegged for "Above And Beyond." This was the next to last issue of Jackpot records, before it folded in mid 1959.