Colorradio.com - The Youngsters
Must Have Javascript on
For The Slideshow To Work 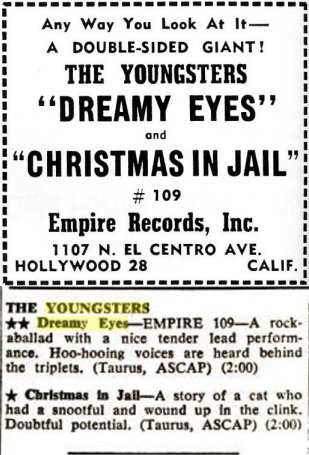 The Youngsters had one good sized hit on the west coast, several records under different names, and members that were involved in other fine groups. The group formed at Manual Arts High School on Vermont Street in Los Angeles in 1955. Group members originally included Homer Green, Don Miller, Charles Everidge, Harold Murray and James Warren. Their first recording was issued as the Preludes and was with the newly formed Empire record label, owned by George Motola and Jack Hoffman. Backing them on the session was noted pianist Ernie Freeman. "Don't Fall In Love Too Soon" was actually recorded at the same session as "Shattered Dreams" and "Rock And Roll Cowboy." Besides the Preludes and Youngsters, they also had the name of the Tempters. This page is devoted to the Youngsters records on the Empire label, with variations in titles and group names - of course! Their next release stalled, and the group made a personnel change. Homer Green joined the service, and Herman Pruitt jumped aboard. He had sung with another fine LA vocal group, the Calvanes. And, coincidently, was also from Manual Arts High School. "Dreamy Eyes" became their best selling record and earned them spots on a few local tours and some great gigs. The song was also covered by many groups, including the Squires on Aladdin, the Viceroys, the Sparklers, and others. By 1957, the Youngsters fortunes faded for at least a couple of reasons. Two members of the group left, and Empire records folded. Everidge and Warren eventually joined the Shields touring group, as they were then red hot with "You Cheated." More on the Youngsters Here. 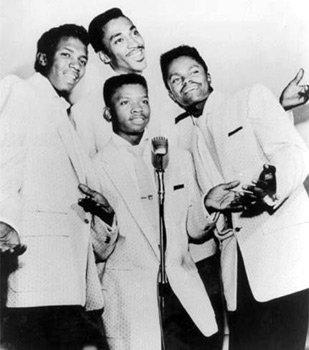 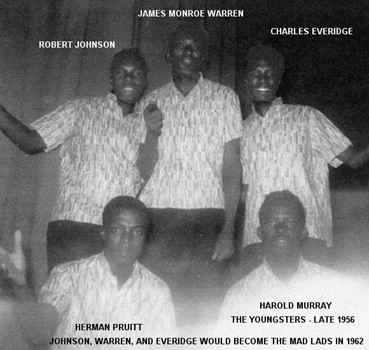 Here is the first record by the Youngsters, recording under the name of the Preludes. This was also the first group record for the Empire label. "Don't Fall In Love Too Soon" backed with "I Want Your Arms Around Me" used the Preludes name, and was the only recording to do so. Donald Miller sang the lead vocals on both sides of the record.

The Youngsters first recording. "Shattered Dreams" reportedly sold at least 30,000 copies, mostly on the west coast, enhanced by great exposure from Dj's and some TV appearances. The Flip was "Rock And Roll Cowboy" which was an average effort at best. It was released in 1956. Shown is the 78 RPM record on Empire 104.

Here is the 45 RPM issue. Notice the Publisher for Shattered Dreams is "House Of Fortune" on the 45, and on the 78 it is "Simon House."

The Youngsters also recorded as the Tempters, as seen in this 1956 release. It was also the next number in sequence for Empire (105), after Shattered Dreams. "I'll See You Next Fall" was only available as by the Tempters, while the flip, "I'm Sorry Now" was also available as the second flip to Dreamy Eyes. This was the last Youngsters record that used the 1614 N. Argyle address on the label.

The Youngsters follow up was a good effort, but did not ring the cash registers, or wear out the needles on the jukeboxes. "You're An Angel" was the plug side, while "Counterfeit Heart" was the flip. It was back to Simon House as the publisher on the "A" side. Still, a decent recording for the Youngsters. Also note, the address has now changed to 1107 El Centro Avenue in Los Angeles.

Dreamy Eyes was the Youngsters biggest hit, which spawned cover versions and sales of their record that went past just the west coast. It was issued at least four different ways. The first way, shown here, is the biggest mystery. "Dreamy Eyes" was on both sides of the 45. The dead wax shows the correct numbers of EM 210, and the correct delta number of 12125. As you can see by the labels, One side has the normal first pressing small print, and the flip has a bigger print font. It is hard to say why it was pressed this way. Could it be they wanted the DJ's to play "Dreamy Eyes" and have no doubt as to what the hit side would be? I doubt it was a pressing plant error, but maybe? The hardest "Dreamy Eyes" record to find, as not a huge volume were pressed.

After the holidays, the mid tempo "I'm Sorry Now" was paired with "Dreamy Eyes." The combination sold the most copies, and was another good two sider for the Youngsters. Extensive radio airplay continued for the group, and sales were very brisk. Shown above is the 78 RPM issue.

Here is the 45 RPM version of the record. All the information on the label is the same as the 78.

A later pressing of "Dreamy Eyes." The Empire "logo" has a bigger font and the address was dropped. " Christmas In Jail" was used as the flip. Interesting to note that the time listed for "Christmas In Jail" and "Dreamy Eyes" are now 2:00, though the record plays the same length as the original pressings that show 2:15. Frankly, the exact length seems to fall somewhere in-between the two!