Colorradio.com - The G-Clefs
Must Have Javascript on
For The Slideshow To Work 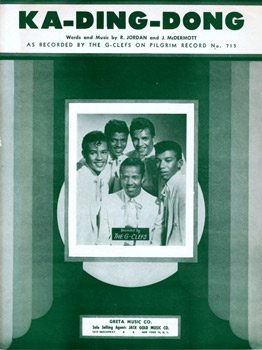 The G-Clefs consisted of four Scott brothers - Teddy, Chris, Tim and Arnold - and next door neighbor Ray Gibson. Joe Jordan who was with them a short time before entering the service. Pictured below left: From Left To Right - Joe Jordan,Teddy Scott,Chris Scott, lower Ray Gipson, and far right is Tim Scott. Two Madison street in Roxbury Massachusetts was home, and they were all part of a street gang called "The Band Of Angels" ruling over Scotty's alley. The first musical shows were done in the early 50's while the group were mostly in their early and mid teens. Early on they were called the Bobolinks, and were listening to the great groups of the 50's like the Dominoes, Drifters, and Five Keys. Like many other groups at the time, they sang in the church choir singing gospel music, and they took off from there. In 1956 they were contacted by Cecil Steen of Pilgrim records, and they started making records. The G-Clefs also appeared on Bandstand, the Apollo and many other big name venues. They had several hit records, several record labels, recorded through the late 1960's and continue to be active singing and contributing to the charitable organization they founded in 1958 called "Band Of Angels." Below I have most of their records shown, through 1964. There were other records recorded, later on, but this really covers some of their best known work and some amazing music. 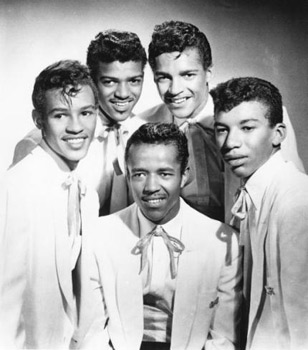 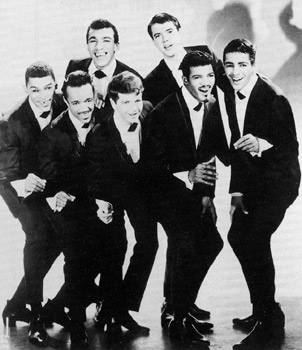 The first released recording by the G-Clefs was "Ka Ding Dong" from 1956. The record was reportedly written by local DJ Jack McDermott and Robert Joseph Jordan (Joe Jordan), and became a huge seller for the group. Joe Jordan was an original member of the G Clefs and left to go to the service, and Arnold Scott replaced him. This record was reviewed by Cashbox and hit the Billboard charts, reaching #24 on the best seller list. The flip was "Darla My Darling." Above is a first pressing of the original purple Pilgrim label 78.

Here is the 45 on the same purple label. The Velvets and the Rainbows were two of the vocal groups that Pilgrim released records by, previously to the G-Clefs. As a note, those groups had been previously issued on Red Robin.

The second press of the 78 on the now redesigned Pilgrim label, complete with pilgrims! It looks like the changeover to the new style withthe Pilgrim label may have been with this issue.

This is the second press of the 45. This record was on the charts for an impressive 13 weeks. Due to their popularity, the G-Clefs were booked into the Apollo, Brooklyn Paramount, and the 1956 Alan Freed Christmas show.

A odd release from around 1962 on the Ditto label. This was the hit "Ka Ding Dong" backed with the original flipside "Darla My Darling." It appears to have only been issued on blue wax. The C-Quins also had a release on the label with black wax. The label was owned by Skippy White. He was more than just a DJ in the Boston area, he is a legend dating back to the 1950's when he was promoting R+B music. He STILL has a record store in the Boston area at Egleston Square.

The follow-up to the G-Clefs smash hit was another up tempo tune called "Cause Your Mine" It was flipped with a ballad "Please Write While I'm Away." Teddy Scott was on lead vocals on side "A", but the record didn't ride nearly as high as their initial effort.

Here is the 45 RPM version. While the G Clefs were at Pilgrim records, Jack Gold was their "Producer" on the their sides. This was released in November of 1956. After two records on Pilgrim, the G-Clefs followed Jack Gold to the Paris label.

"Symbol Of Love" was a departure in the fact it was an "A" side ballad. Great song by the boys, for the newly formed Paris label. It parked in the top ten in Boston, had several markets that it "Picked To Click", but no huge national recognition. "Love Her In The Morning" was the up tempo flip side, and was a nice effort. Paris had two other prolific groups - the Four Esquires and the Three D's. The label was trying to bring the group into the pop market. The 78 RPM is shown above. There are a few 78's on Paris, and I should make it my mission to find them all!

Here is the 45 RPM promo. I have always liked the Paris label. Maybe it's the Eifel Tower? This record was released in 1957.

The G-Clefs first release for the Paris record label is shown with the stock light blue label. The G-Clefs may not have had a smash hit on Paris, but they would be back on the charts eventually.

"Zing Zang Zoo" was their second of two records for the Paris label. Another great up tempo doo wopish record for the G-Clefs. Jack Gold has his name on this one, and he continued with Paris for several years after the G Clefs moved on. "Is This The Way" is a "B" side rocker, and made a great two sider.

Here is the 45 RPM release. The label information is much the same as the 78 shown above, and was issued in 1957.

Fast Forward to 1961. The group had not recorded in four years. Teddy Scott contacted their old friend Jack Gold with an idea. They took the Four Tunes version of "I Understand", and with Chris Scott's suggestion, overdubbed Auld Lang Syne. The record was a monster, and a kickoff for Jack Gold's Terrace record label. It parked on the pop charts for 16 weeks, was on charts over the world, and was by far the biggest hit in the G-Clefs career. The flip was "Little Girl I Love You", and is popish with a twang of a little country. This label version has the large Terrace letters. It also just credits the song writing as Auld Lang Syne.

The Terrace label variation shown has the more familiar smaller block letters and has Pat Best as the song writer. Also, it is now showing Distributed By London on the label, and apparently to avoid confusion, it says "Made In The USA."

The second release on Terrace "A Girl Has To Know" also made it's way to the billboard top 100, but just barely. It lasted five weeks, peaking at 81. Billy Mure has his credits on this one. The flipside "There Never Was A Dog Like Lad", was taken from the movie "Lad" produced by Warner Brothers. Both sides are pure pop ballads.

Release three for Terrace was "They'll Call Me Away." They tried to recreate the magic of I Understand, by using the song "This Is My Country" in the background. "Make Up Your Mind" was a mid tempo effort. A very reasonable two sided record. Shown is the promo.

This is the stock copy of the record. Distribution by London has been added to the label/disc. Also of note is that it was arranged and conducted by Billy Mure.

Release number four on the Terrace label, the G-Clefs had "A Lover's Prayer" backed with "Sitting In The Moonlight." Moonlight is an up tempo effort with good vocal harmony and an orchestra during the break. It's a really cool song that showcased their talent. A Lover's Prayer is a slower almost folksy tune. The Promotional issue is shown.

The stock issue of the G-Clefs recording on Terrace 7510. Released in 1962, as were all of the G Clefs Terrace discs, with the exception of their first Terrace record.

The last release for Terrace was "All My Trials", another mid tempo record. Billy Mure is still involved, as well as Jack Gold with the writing credit. "The Big Rain" was the up tempo side. It was a bit "Folkish" to my ears. The G-Clefs were keeping up with the times.

Some stock releases showed the new label design, which is different then the promo copy shown above. It's possible that some stock copies had the old black label design. This was their last disc for Terrace.

A label change to Regina Records came next. New players included Horace Ott with the Arraigning and conducting duties. Arnold Scott has the writing credit on "I Believe In All I Feel", released in 1964. "To The Winner Goes The Prize" was the flip. This is the promo copy.

This is the gold colored stock issue of the first Regina label recording. Regina hosted groups like Vito And The Salutations, the Faces, and the Pacers.

Here is the promo of the the G Clefts second and last release on the Regina label. "Angel, Listen To Me" was the "A" side and the disc was backed by "Nobody But Betty." This is the hardest of the two Regina records to find.

From 1965, this is the G Clefs with their first of two issues on Veep. They sound much different then when they originally started, but they kept with the style of music of the mid 60's for this release from 1965. "On The Other Side Of Town" is backed with "I Have." The promotional copy is shown.

From 1966, This is the first of two records for Loma. Loma also had the Olympics, the Teen Turbans, Little Joe Cook, Ike and Tina Turner, and more. "Little Lonely Boy" was the plug side, and "Party 66" was on other "B" side. 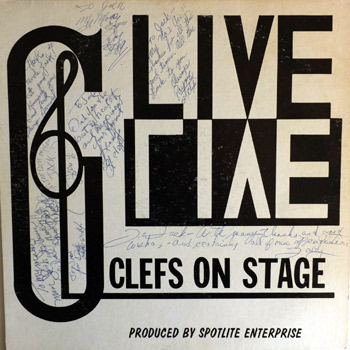 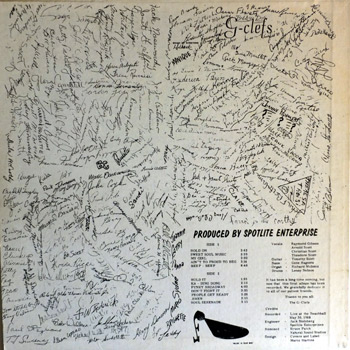 A G-Clefs Album? Yep, recorded live at the "Beachball" in 1968. Ka Ding Dong is on side two, the rest of the material is soul based recordings that fit well in 1968. This album cover has autographs and short novels by the group members.