Colorradio.com - The Quintones
Must Have Javascript on
For The Slideshow To Work 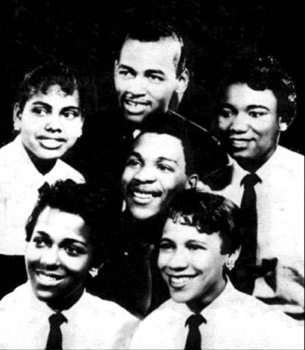 Flash back to 1957, where classmates at William Penn High school in York, Pennsylvania,started singing together and called themselves the Quinteros. With Roberta Hayman as lead vocalist and her supporting team of Phyllis Carr, Carolyn Holmes,Ronni Scott, Kenneth Sexton and Jeannie Crist, they had the same group member structure as the Hearts with just one male voice. They started playing local events around town, and met disc jockey Paul Landesman. Landesman worked at WHGB in Harrisburg, PA at 1400 on the AM dial. He worked with the group for a bit, and got them their first recording with the powerhouse Chess label out of Chicago. They changed their name to the Quintones, and were able to get on a tour, despite the lack of success of their first record. This took them out of school for a period of time to chase their dream. The group got together to write their next song, "Down The Aisle Of Love", and back to the studio they went. This time it was for the local Philadelphia label, Red Top, owned by Irv Nathan and Marvin "Red Top" Schwartz. The unique beginning treatment of "Here Comes The Bride" using the organ, gave it a hook. That combined with a fine ballad in it's own right, and the group was off to the races. The group name was now the Quin-Tones with a hyphen, and the record eventually sold nearly a million copies. The demand was so great for the independent record label Red Top, that they had to get a couple agreements with other business partners to keep up with the orders. They switched to the bigger local label, Hunt, who was affiliated with Globe records. And their was an agreement with ABC Paramount to distribute the disc nationwide. The engagements increased, including the prestigious Apollo theatre and American Bandstand, and a follow up was in order. "There'll be No Sorrow" failed to make the national charts, but hit many local lists, while remaining with the Hunt/Globe/ABC Paramount deal. One more record and still no royalties later, the Quin-Tones disbandoned. A hard line stance by the record companies with the "What have you done lately" attitude, and they had no where to go. But, they left the music business with some great recordings, treasured memories and a huge hit to be proud of. 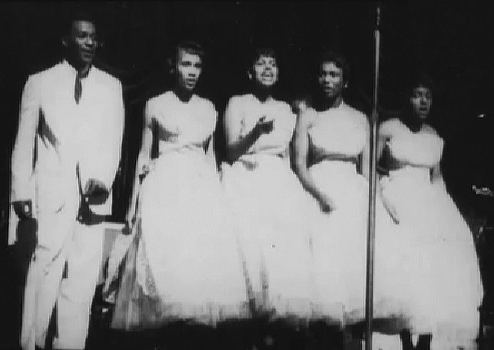 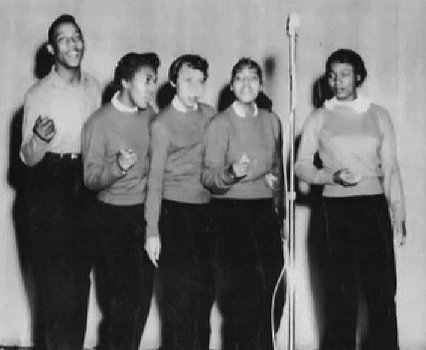 Here is the first recording for the Quintones, released on a national label, Chess records. "Ding Dong" is the plug side and "I Tried So Hard" is the flip. The usual white colored promotional copy is shown.

The original release of the Quin-Tones hit was first released on the Philadelphia based Red Top label. "Down The Isle Of Love" was a huge record, supposedly selling near a million copies. The flip is "Please Dear". The original Red Top label was actually blue, as shown in the pictures above. The record was released in 1958.The label changed color schemes about four releases after this disc.

The second pressing of the Red Top issue was just how you would have expected it...RED! The label was stretched past it's limit, trying to keep up with demand, as the record took off and made it's way up the charts. As shown below, they had to have another label distribute "Down The Isle Of Love", so it could be recognized nationally.

This is another Hunt label variation. It's still shows the ABC distribution, but it has moved to the top. The four middle lines with heavy block on the outside and thin on the inside are not present on this copy. Notice writing credits are given to the Quin-Tones on both sides.

Here is the Sparton label 78, from Canada. There was also a 45 issued on the label. You can see the ABC Paramount mention on the bottom, but no sign of Hunt or Red Top.

With the success of Down The Isle Of Love, the Quin-Tones needed a follow up recording. They chose "There'll Be No Sorrow" flipped with"What Am I To Do", and the pairing was released in September of 1958. The sales were not as strong as "Isle", and the record did not chart. Oddly, they had the next record in numerical sequence for Hunt. Either they put so much energy into the Quin-Tones, or they didn't have anyone else they were ready to record.