Colorradio.com - The Olympics
Must Have Javascript on
For The Slideshow To Work 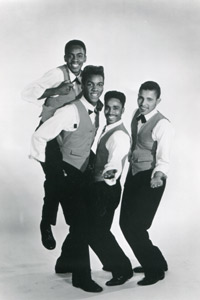 The Olympics started out as Walter Ward and the Challengers from Compton, California, with a single release on Melatone. Ward along with his cousin Eddie Lewis, and third member Thomas Bushi, had sung at talent shows. They met up with another group at one of those talent shows, and combined forces by adding Charles Fizer and Melvin King from that group. They changed names and record companies, and recorded "Western Movies." The Olympics sounded a little like the then current Coasters records in content and delivery, except Walter Ward had a very unique voice. "Western Movies was a smash hit that peaked out at #eight on the Billboard charts, and their career was just beginning. "Dance With The Teacher" was next, but on their third release, they started a new dance craze and touched off similar recordings. Though starting off by promoting "Private Eye", the record was flipped. "Hully Gully" may have only charted at number 73, but it was huge in Los Angeles. They continued to record, on a variety of labels, and somehow, kept up with what was popular, and adapted. They constantly toured and played a full schedule of shows. The Olympics had fifteen Billboard chart hits and recorded all the way into the early 1970's and were a popular act in the 2000's. 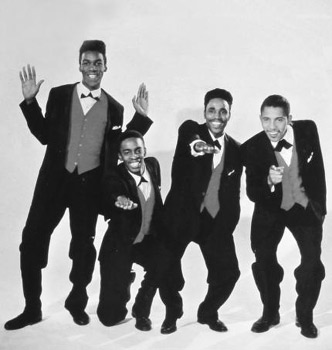 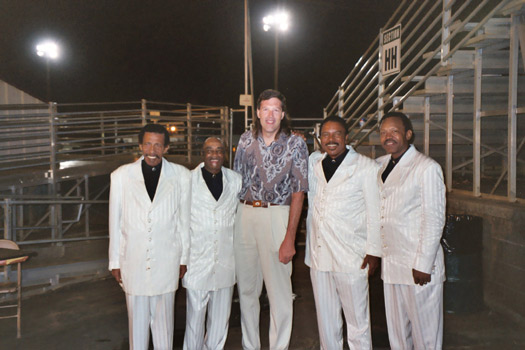 The picture on the left shows from left to right, Melvin King, Charles Fizer, Eddie Lewis and Walter Ward. On the right, from the Nevada County Fair in August of 2003, the Olympics and I are posing after the show. From left to right: Walter Ward, Eddie Lewis, William DeVase, Vel Omarr. Vel was act number two that night, and is quite talented as a soloist. The Olympics were the last act and were a real highlight, especially when they did the Hully Gully!

Their first big hit on the Demon label, "Western Movies."  Great sound effects and a fun Coasters style record, with the Olympics uniqueness. The flip was "Well."

Another big one for the Olympics, and a new dance craze. "Hully Gully" stormed up the national charts and they continued their string of hits. The flip was called "Private Eye." A fun detective themed uptempo song,this was a record you could enjoy both sides equally well. 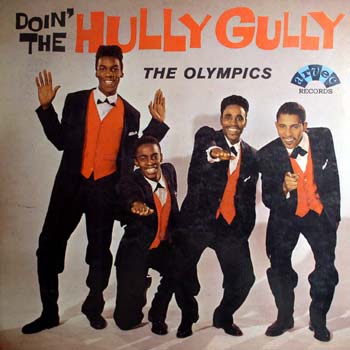 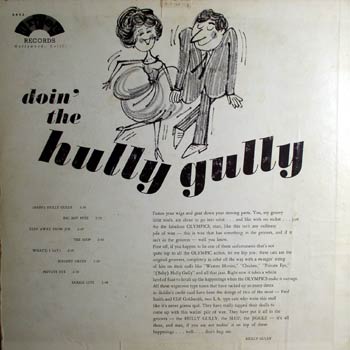