Colorradio.com - Kathy/Jimmy Zee
Must Have Javascript on
For The Slideshow To Work 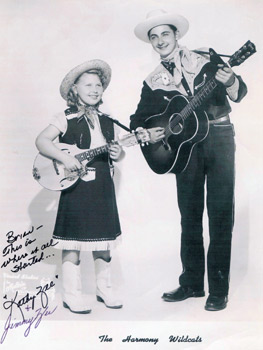 Kathy Zee was born Kathleen Ann Zaleski in Lawrenceville, a suburb of Pittsburgh, PA, in 1946. She started her musical career early, at the age of four. Brother Jimmy already was singing at benefits and talent shows, and Kathy thought she would like to be part of the action. Jimmy happened to be singing at a benefit show for the Leukemia foundation at a local high school, and she saw her chance. She was in the typical "Four Year Old" mode, carrying on about wanting to sing at the show. Mom and the organizers gave in and she went on to sing "Some Of These Days." The crowd loved her and the Harmony Wildcats (Kathy and Jimmy) were born - pictured to the right. They played local benefit shows, record hops, talent contests, radio and TV,and were regulars on the Eva Jackson and Virginia O'Donnell show. Kathy Zee was the youngest mandolin player in Pittsburgh, at four years old! Kathy had a manager by the name of Elmer Willett, and he assisted her with a voice coach and was instrumental in getting a record deal with Laurie records, which released her first record "Buzzin" in the US. Below left is an early promotional picture of Kathy Zee, in the middle are two separate trade ads. The bottom ad lists both sides of the record, the top one has picked "Buzzin" as the side. Below right, is me with Kathy November 17th,2004. Listen to my 2004 Interview With Kathy Zee Here! 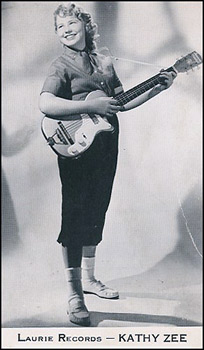 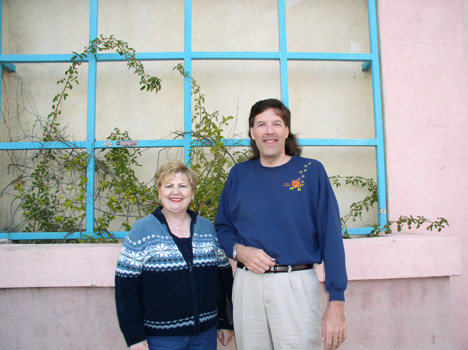 Here is the first of two US releases for Kathy Zee. "Buzzin" was a huge local hit for her in Pittsburgh and also number one for several weeks in Hamburg, Germany. "Crackerjack" was an outstanding flip side that sounded every bit as good as Buzzin. Brother Jimmy was uncredited, but playing guitar on this one. Notice writing credits for both sides are shared by Kathy's manager, Elmer Willett. This was recorded in Cleveland, Ohio for the New York based Laurie record label. The early releases of Laurie were light blue as shown. I wonder if this was ever repressed on the red and white label design? Released in 1958. 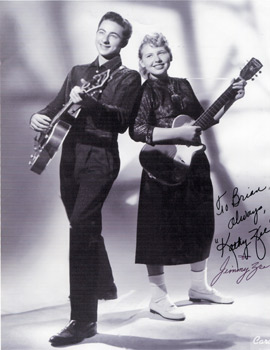 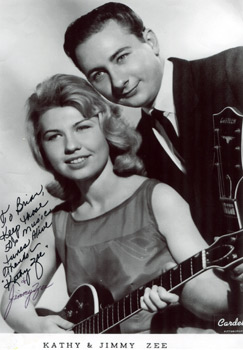 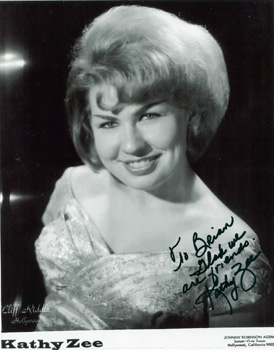 This is the original German pressing of Buzzin that is listed in the magazine shown below. The Laurie label is given credit in the upper right, and Polydor had their own unique numbering system, in this case using 66901. Crackerjack is on the flip, just like on the Laurie label. Click "Buzzin'" for a picture of the Polydor sleeve.

This is an interesting magazine. Printed in Germany, it was called Musikrevue. The January 1959 issue is shown, and the front cover is on the upper left above. Inside were many of the new music releases for Polydor and a few apparently related labels for Germany. The picture on the upper right above shows some American artists including Kathy Zee. The Polydor issue number from Germany is shown as well as the US label release. She was right up there with Frankie Avalon and Fabian. By clicking the picture on the right, above, you can see a close up of the inside page, to confirm that Kathy Zee was mingling with the stars in Germany, without ever leaving her home in Pittsburgh. Cool Stuff! 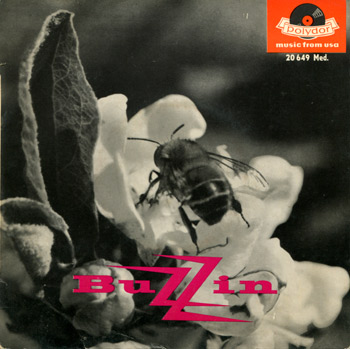 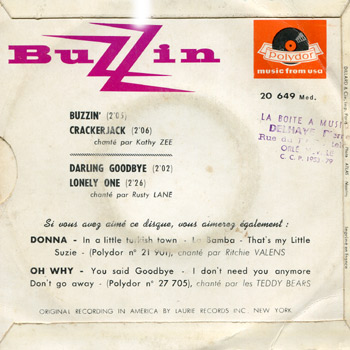 This is a neat French EP that includes the two sides of the Kathy Zee single of Buzzin and Crackerjack. They are on side one as the featured artist. Naming the EP "Buzzin" also indicated her top billing. Both Buzzin and Crackerjack are included. The back side of the cover has the track listings and promo info for the French EP issues of Richie Valens and another by the Teddy Bears. The flip side of the record has two cuts by Rusty Lane that appear to be from a release from the Laurie Label, # 3019, before he recorded "Karen."

Here are the record labels that go with the French EP. This EP was issued by Polydor and is number 20649. It appears that this record was issued in 1959, which coincides with the German magazine shown above. 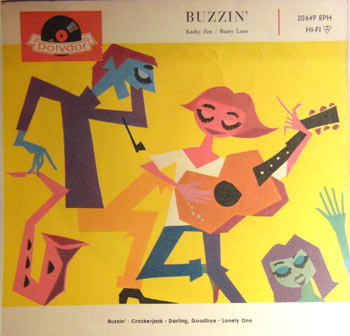 A slight variation on the label, though the record number is the same Polydor issue. The cover is completely different, and although this was issued in Germany, where the record was a hit, it is harder to find than the French EP release.

Kathy's second release, this time giving label credit to Jimmy Zee. "Santa Claus Rock And Roll" was the plug side, and "Your Name, Your Name" was the flip. "Santa Claus Rock And Roll" had good airplay, but not as much as Buzzin. It's a nice up tempo seasonal song, and "Your Name, Your Name" is a nice ballad by Kathy and Jimmy. This was issued on their   manager's label, named after himself, Elmer Willett. Also, Dick Glaser of the Glaser brothers was a background voice on this recording. Issue in late 1958.

Lastly, this is the only recording by Mike and Jim, called "Dungaree Cutie." Jim is Kathy's brother and Mike Allison was his partner for the recording. This record was cut in New York, home of Josie records. It had some limited regional success, but not enough to cut another record. "Baby Don't Knock" is the flip side of this fine pairing of rock and roll records. This 78 RPM was issued in 1957.