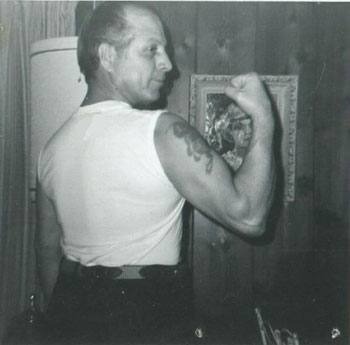 These two groups, the Altones and the Beverly Hills Painters, are one in the same. Not much if anything has been written about them, and regretfully, Albert Mastry and Tony Mastry, who comprised the groups, have both passed away. They started as the Altones in about 1959, using the first part of their names AL and TONY-thus the Altones. Albert Mastry (1930-2002) played guitar and was heard on vocals. Tony Mastry (1920- 1997) was on guitar, bass, harmonica, and vocals. The rest of the group included Ray Sharkey on drums and Jack Freeman on keyboards. The group's manager was one Jack Gerard, a notable character in the payola scandal in the Los Angeles area. The Altones released two records. Make that 1 and 1/2 records. They had a release on Archer and they split billing on a sole release on Gardena. Apparently, they didn't copyright their name, and it was then taken by a black vocal group. The only other Altones I can find reference to is one associated with the CBC and a C+W program called Red River Jamboree.

Tony Mastry was a paint foreman at the Beverly Hills Hotel from 1956 to 1963, and followed the owner, Hernando Courtwright, when Mr. Courtwright bought the Beverly Wilshire Hotel and sold the other. Albert Mastry worked with Tony at the hotel, and moved on to the Beverly Hilton around 1963. Through their common work as painters, they changed their group name from the Altones to the Beverly Hills painters. Under that name, they released two records on the Los Angeles based Gateway records. They also had a re-release on the Me-Meow label around 1969. They had a short run of popularity which included opening for a young but established Aretha Franklin in 1960, and were reigning champs on a short lived "Star Search" type program hosted by used car dealer Cal Worthington around 1960/61, which was pulled off the air after just a few short months. Besides singing, they were frequent writers and arrangers. There are only a few records in the complete story, but this is another example of a group that almost made it. 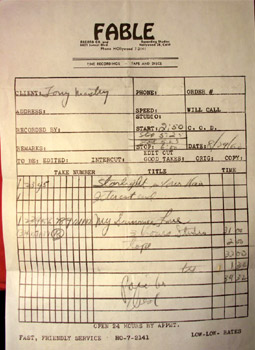 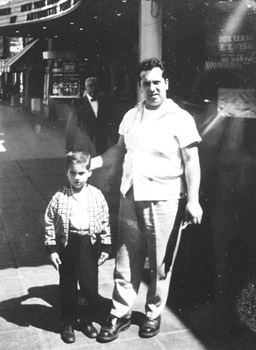 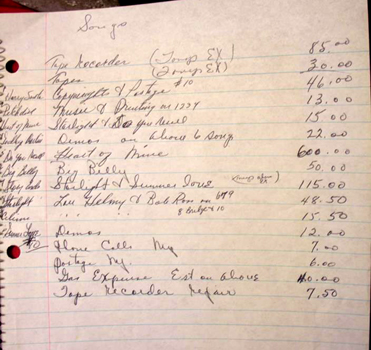 Here is the first release by the Altones. It was issued on the Gardena record label southern California. Gardena records was a label that had many releases including early works by Paul Revere and the Raiders. Written by Al and Tony Mastry, it was actually shown as the "B" side for some reason. The flip originally showed the Altones with an instrumental called Cileen.

Gardena quickly issued this again showing the Craftsmen as the artists performing the instrumental called Cileen. Jack Gerard is shown as the producer on both sides. It's hard to dig up much information on him. This was reviewed in Cashbox magazine on August 5th,1961. Love Me,Love Me was issued  a "B" grade and Cileen was given a "B+

The second and last official Altones release was on the Archer label, and released in 1961. Though not much identification on the label, Archer records had to be a Los Angeles based label. "Love Me, Love Me" was the same as the Gardena release, and "Summer Love" was a nice slow doo wop styled ballad.

This is the original metal acetate that shows the Altones as the group. When it was cut, they were the Altones, but as eluded to in the intro at the beginning of the page, they were forced to rename themselves to the Beverly Hills Painters. There are several things to complicate the issue. The first release on Gateway (Shown below) was "Model A Heap." This acetate has the second Gateway release, "Five Foot Three." Maybe they were both cut at the same session? The flip on this acetate is called "I Wonder Why", and listening to the record, seems correct. But, at the end of the record it changes to I Know Why,which makes sense in the story being told. This is key information when you read below in the next to the last text section on this page, and the connection to the Me-Meow label. Also,the second Gateway release shows the title as "I Know Why." It must have been a conscious change between studio recording and pressing the record.

Release number one, now as the Beverly Hills Painters, "Model A Heap" was an up tempo car song. The flip side, "Believe Me" is a great doo wop style harmony ballad. This is the most common of the two gateway releases, but was still a fairly limited Los Angeles area issue. Both Al and Tony have the writing credits on both sides.

The second and final original release on Gateway by the Beverly Hills Painters, "Five Foot Three (Little Girl)" was the intended air side and another great flip "I Know Why" rounded it out. That's Tony doing the un-enhanced falsetto. Again, Al and Tony with the writing credits. The "A" side featured Tony with the speaking verses and intro. According to Dave Mastry, Five Foot Three was "Written Around" and became "Hey Little Girl" by the Syndicate Of Sound. This is also the same pairing as the acetate above. The "I Know Why" label was signed by Tony.

Here is the issue on Me Meow. The label looks like it issued several records around 1968 or 1969. it was based in Los Angeles, and a producers name was added - Julian E. Searcie. It's a name that had not been seen on any of the previous releases. Interesting to also note that the run time on both singles is shorter on the Me Meow issue. 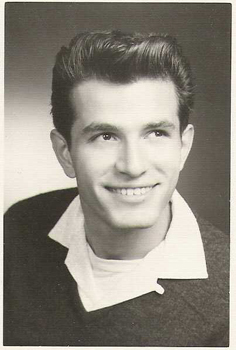 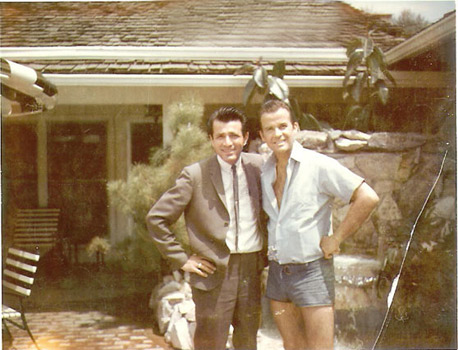 Originally from El Paso Texas, this is Joey Norman and his release of "Heart Of Mine" backed with "The King Of Fools." The record was released on the Warrior label in 1960, and was the only record Joey Norman made. Shown above is a stock white copy issue. Warrior was owned by Jesse Hodges and the label was and located at the Crossroads of the World in the heart of Hollywood. You can see that Al and Tony Mastry had writing credits for the Heart Of Mine side, although they took it to Hodges and paid him to produce it. Capitol records had interest in the record but Hodges could not come to terms with them. According to Dave Mastry, the intro on Heart Of Mine became the intro to Dreamin' by Johnny Burnette. Mastry also says that Connie Francis was going to record Heart Of Mine, but their manager, Jack Gerard, got popped for payola, and the deal was finished. King Of Fools has a great sound to it, and a nice guitar as well. Because of Joey Norman's contract with Jesse Hodges, he was unable to wax any additional records. Too bad, as these sides had a great sound to them.

This is another Altones/Beverly Hills Painters related record. The Rogues with "Jezebel." Jezebel was an intended re-write of the Frankie Laine hit, and was produced by Al and Tony in 1964. This song includes the lines "If ever a devil were born..." recorded backwards as it was done accidentally during rehearsal and the boys noticed the melody was the same forwards or backwards and left it like that in part of the cut, just because of the uniqueness that it gave their version. [And pre-dated the Beatles by a few years]. This is one of about twenty groups called the Rogues,and is not related to the Bruce Johnston group on Columbia. Barracuda on the flip side, is a great up tempo car song.
Updates: There are several other Altones,Beverly Hills Painters related records and stories. Ray Robbin recorded a song called Big Billy around 1959 for the Fable label, yet I have never seen it to verify it's existence. Music and lyrics were by Al and Tony. According to Son Dave Mastry, Big Billy was ripped off and became Big Bad John. An odd release in the late 60's came out on the Me Meow label by the Beverly Hills Painters that paired both sides of the acetate pictured earlier in this article, on record number 2325. Seems like an issue around the oldies revival time, and places it about five years after the initial release of Five Foot Three. Also of note is that Tony Mastry was an extremely accomplished artist in painting and drawing and had done many portraits and landscapes over the years. He had done portraits of Grace Kelly and Dan Blocker along with a number of portraits of famous personages of the old and present. He also has a couple few paintings hanging in museums of which the William Cody Museum in Wyoming, and the Folsom History Museum in northern California are included. Special thanks to Dave Mastry for much of the details in this article, and Joey Norman for the record information on his release.
Site Map For colorradio.com - All Page Links
Groups
Altones
Aquatones
Beverly Hills Painters Bowser/Sha Na Na Blue Jays
Chords
Claremonts Crescendos Daylighters
De Castro Sisters Doodlers
Elgins
Eternals
Fireflies
Five Stars Fleetwoods
Four Dots
G Clefs
Humdingers
Hunter's IV
Impaks
Innocents
Jive Bombers
Kuf-Linx
Leaders
Matadors
Olympics
Orioles
Pixies Three
Quintones
Ravens
Sevilles
Shytones Slades/Spades Story Tellers Tonettes
Toys
Salutations
Tune Weavers Turbans Youngsters
Victors
Unreleased Demo
Interviews
Aquatones
Big John Little
Aldo Brozzetti(Hallett) Vince Castro
Jimmy Charles Crescendos
Carl Dobkins Jr. Doodlers
Elgins
5 Stars Bill Campbell Russ Hallett (Trio) Joyce Harris
Hunter's IV
Impaks
TJ Lubinsky      Matadors Hank Ayala
Midniters Little Willie G Ted Newman
Night Raiders
Pixies Three
Rebels Mickey Kipler Ricky/Vicky
Rosie (Hamlin)      Salutations(Show)    Shytones
Slades(John Goeke) Story Tellers
Tonettes
Kenny Vance Victors/Richard Mayer Joyce Webb
Kathy Zee
Celebrities
Aquatones
Bowser
Marvin Brown/4 Dots
Elgins
Fireflies
Frank Fox Salutations     Rosie Hamlin
Ketty Lester
TJ Lubinsky
Olympics
Johnny Otis
Dick Plotkin
Joe Rivers
Toys
Kathy Zee
Record Labels
Cat Records
Debra Records Domino Records Jackpot Records Ribbon Records 1st/2 labels-Hits 1/2 labels-no Hits 1st and 2nd Titles