Colorradio.com - Joyce Harris
Must Have Javascript on
For The Slideshow To Work 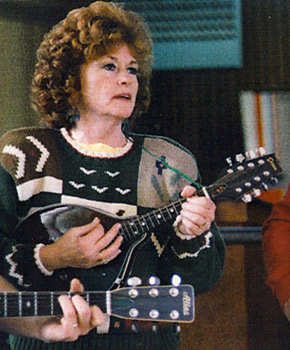 Joyce Harris was one of those amazing voices that you just can't believe you are hearing. Whether it's the passionate, full projected output, deep throaty full forward effort on "No Way Out", or pleasant duets with her sister, or the other wonderful sides, it was great. She was born in Bowling Green Kentucky in 1939, and moved to New Orleans in her early teens. She grew up listening to artists like Fats Domino, Eddie Bo, Dr. John, and Little Richard. Her first sides were recorded on big name labels with her sister(s), and had just moderate success. One of her sisters got married, so she went to Mexico and performed in a chain of restaurants. Lora Richardson of the Texas based Domino label - see my Domino records label shots - happened to be vacationing there at the time, heard her, and invited her to record for her label. She recorded for Domino and then on to a couple of other labels, including Serock, as Sinner Strong. She did quite a bit of performing, not only in the gulf coast states, but also in California and in the city of Las Vegas. Just like Joyce Webb, Joyce Harris also appeared on the Cactus Pryor TV show as well as American Bandstand. Take a look at several of Joyce Harris's records shown below. She had a short career of making records, but the ones that were pressed are really fun to hear. Listen to my interview with Joyce Harris here! Recorded in February 2007. More information on Joyce Harris is at the Rockabilly Hall Of Fame site. 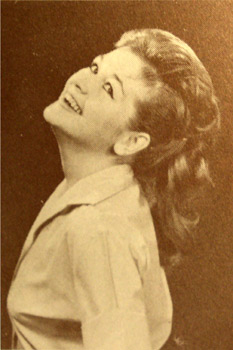 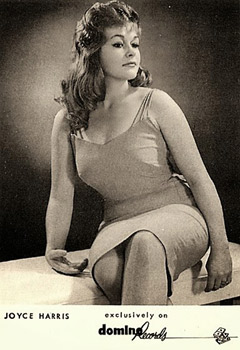 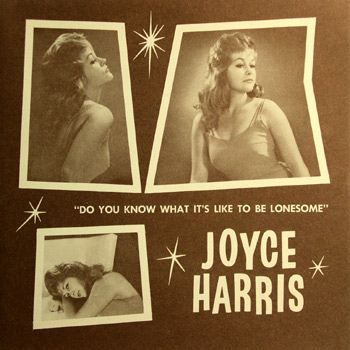 Here is Joyce Harris and her younger sister Judy, with the first of two duets recorded in 1958. This record came about from a talent contest at Cosmos in New Orleans, and they won! Hey Pretty Baby is shown as the plug side, with Rock And Roll Kittens - which is heavy on the echo and a decent rock and roll song - got some air play according to Joyce Harris.

"Hey Pretty Baby was also issued on the huge Dot label. According to the label, "He's The One" was issued in March of 1958. It was produced by Danny Kessler at the legendary Cosmo studio in New Orleans. . This side has a great instrumental break about 43 seconds into the song. The respectable flip is "Hey Pretty Baby", which also featured a third sister, on the chorus.

Issued in August of 1958, the sisters found themselves on a different label, Decca, with another good pairing. Most accounts show that "Washboard Sam" was the plug side, however "Nursery Rock" was shown as the side they planned to promote, and the Anita Kerr singers can be heard on it. Washboard Sam also got some respectable play. This copy's previous owner went with the latter.

Here is a late 1959 issue from Joyce Harris. This on the UT label, and the plug side was "The Boy In School". Another great recording, UT was part of the United Telefilm company. The record did not get the airplay it deserved, but was a great effort by Harris. The "B" side is "It's You"The promotional version is shown. This was recorded in New York under the supervision of Morty Craft. Joyce Harris wrote both sides 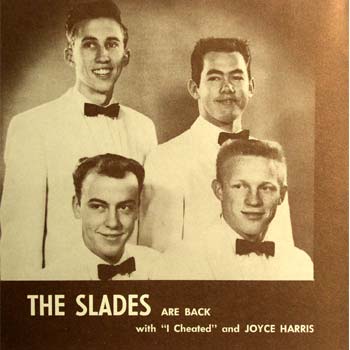 Seen by Domino Record's part owner Lora Richardson, while vacationing in Mexico, she brought Joyce Harris to the Domino label to audition. She had the Slades back her on "I Cheated" and did a slow blusey song on the flip called "Do You Know What It's Like To Be Lonesome". The picture insert should have received the attention of most of the DJ's.

Here is the original Domino record of Joyce Harris and the Slades. It was a good move to have the Slades back her on the "A" side. It was a nice sounding record and "I Cheated" was an answer to the Slades earlier big hit. "Do You Know What It's Like To Be Lonesome" is the flip on this 1961 release. Both were written by Joyce Harris.

Joyce Harris had her follow up record make a lot of noise in many regional markets. "No Way Out" was backed by the Domino records band, The Daylighters. They chose the name as an opposite of the Midniters group, fronted by Hank Ballard. The flip was pretty good, and made for a good two sided recording with "Dreamer".

The record sold sufficiently enough that it was leased to the slightly larger Los Angles based Infinity label. An April 7th, 1961 appearance on American Bandstand didn't hurt sales a bit. Some accounts show the label owner was Howard Hughes. Lora Richardson's name was put on the label as the arranger, on this, the fifth record for Infinity.

From 1963, this is Joyce Harris recording under the name Sinner Strong. This is a two sided workout that is a great record. "Don't Knock It" is listed as the "A" side. It has a gospel feel, and is a wonderful record. The flip, "Nobody But Me", is also a strong side. Both were written and produced by Ed Townsend. Serock records was based out of Hollywood, and had a very small amount of issues.