Colorradio.com - The Leaders/Corvairs
Must Have Javascript on
For The Slideshow To Work 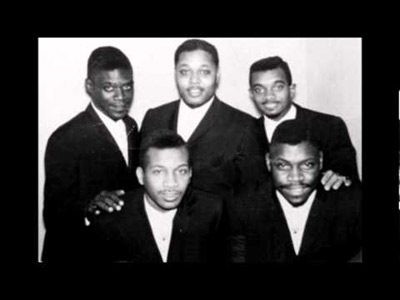 Newport News Virginia is a town by the sea with a current population of just under 200,000 people. It was home to several great vocal groups in the 1950's. The Five Keys,The Avalons,The Chateaus, and The Leaders were among them. The Leaders were known early in their career as the Pokenoes and then the Five Swans. The members included Harry Burton, Nelson Shields, Edward Alston, Ronald Judge and Charles Simpson. They all grew up in the same neighborhood and attended the same high school, Hunnington High. As the Five Swans, they competed in many amateur shows and did quite well. Well enough to win a trip to the famed Apollo theatre in New York. They won the show 4 weeks in a row in 1955, and soon after signed a record deal with the Glory label. The name change was first, and in the late summer of 1955, they recorded their bluesy rendition of "Stormy Weather." The band that backed them up included Mickey Baker, Sam The Man Taylor and Panama Francis. Two additional records soon followed, but none had the same success as their first, and the contract with Glory records was not renewed. A picture of the Leaders is below, and to the right are the Corvairs. 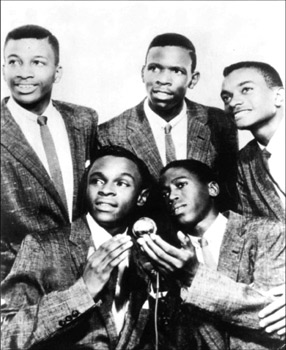 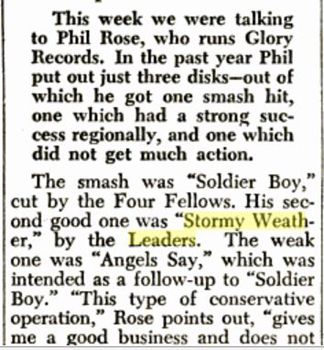 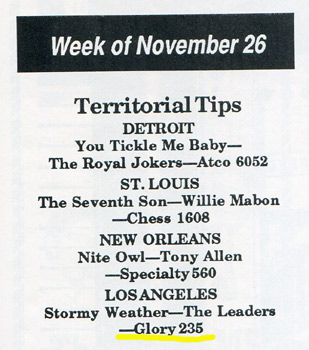 Their first record from 1955, "Stormy Weather." Not only was it a great bluesy version of the classic song, they took some liberties in changing a few of the original lyrics. A great record that did well in many markets. In fact, the week of November 26, 1955, it was a territorial tip recording for Los Angeles (shown above) . The flip side"Lover Of The Time" topped of a decent pairing. 78RPM version is shown.

Here is the 45 of the same record. Glory was hot at the time with the Four Fellows recording of Soldier Boy. Notice that Burton and Alston from the group, had writing credits on the "B" side.

The Leaders second effort "Nobody Loves Me", started with a spoken part, and then launched gently into a fine ballad. The flip was the catchy "Dearest Beloved Darling." I always think of the "Bomp Bomp" between Beloved and Darling! A really fun song, and I actually prefer it to the "A" side. Little, if any mention came from the trade papers. Strange, especially since the sales of "Stormy Weather" were fairly decent. The 78 is shown. Recorded in late 1955, and released in 1956.

The 45 of their second release. As you can see, writing credits go out to three different members of the group. "Dearest Beloved Darling", besides my favorite, has a great false fade-out ending.

This is the 45RPM release of the last Leaders record. "Can't Help Lovin' That Girl Of Mine", was an attempt to recapture their success with Stormy Weather. They took an Oscar Hammerstein and Jerome Kern tune from Showboat, and applied their bluesy treatment to it. Reviewed June 9th, 1956 in the trades, both sides got three stars. The flip, "Lovers", is a decent up tempo record.

Related to the leaders were the Corvairs on Comet. This is a great two sider, with the plug side "True True Love." The flip, Hey, Sally Mae" was not bad either. Notice the sessions had involvement from Dave "Baby" Cortez!